I've been admiring this combination crochet-knit sweater for a while, but there doesn't seem to be a pattern available. I decided to wing it, and come up with my own version. Enter random crochet flowers: 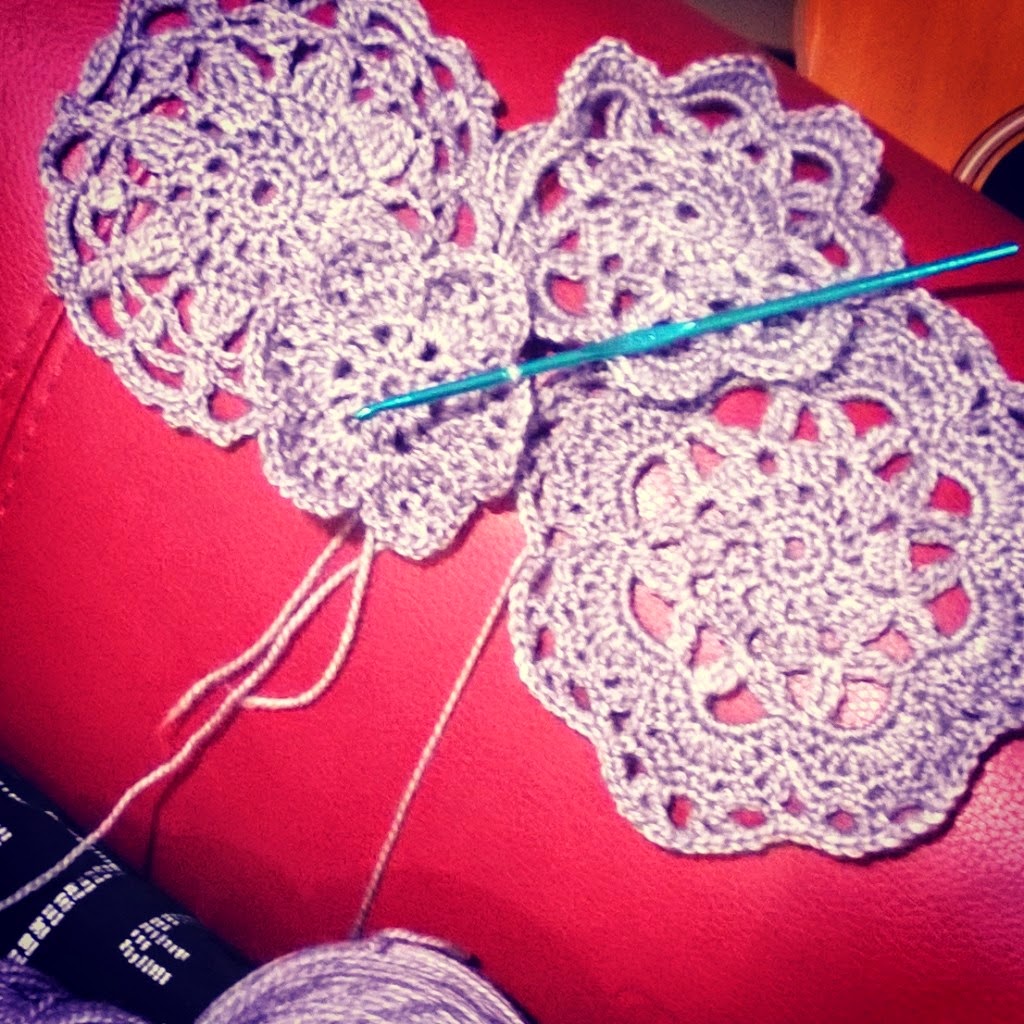 I have a feeling this will be a long term project since I don't have a pattern and not really even a plan to speak of. The extent of my plan is to crochet different flowers until it looks like they might cover half of the front. Beyond that, not sure.

Then I saw February 12's version of Feather and Cloud and I was hooked. Feather and Cloud is a simple sweater with mostly reverse stockinette, and a feather-and-fan border around the front. I quickly ran to the yarn store and grabbed four skeins of Malabrigo Rastita. 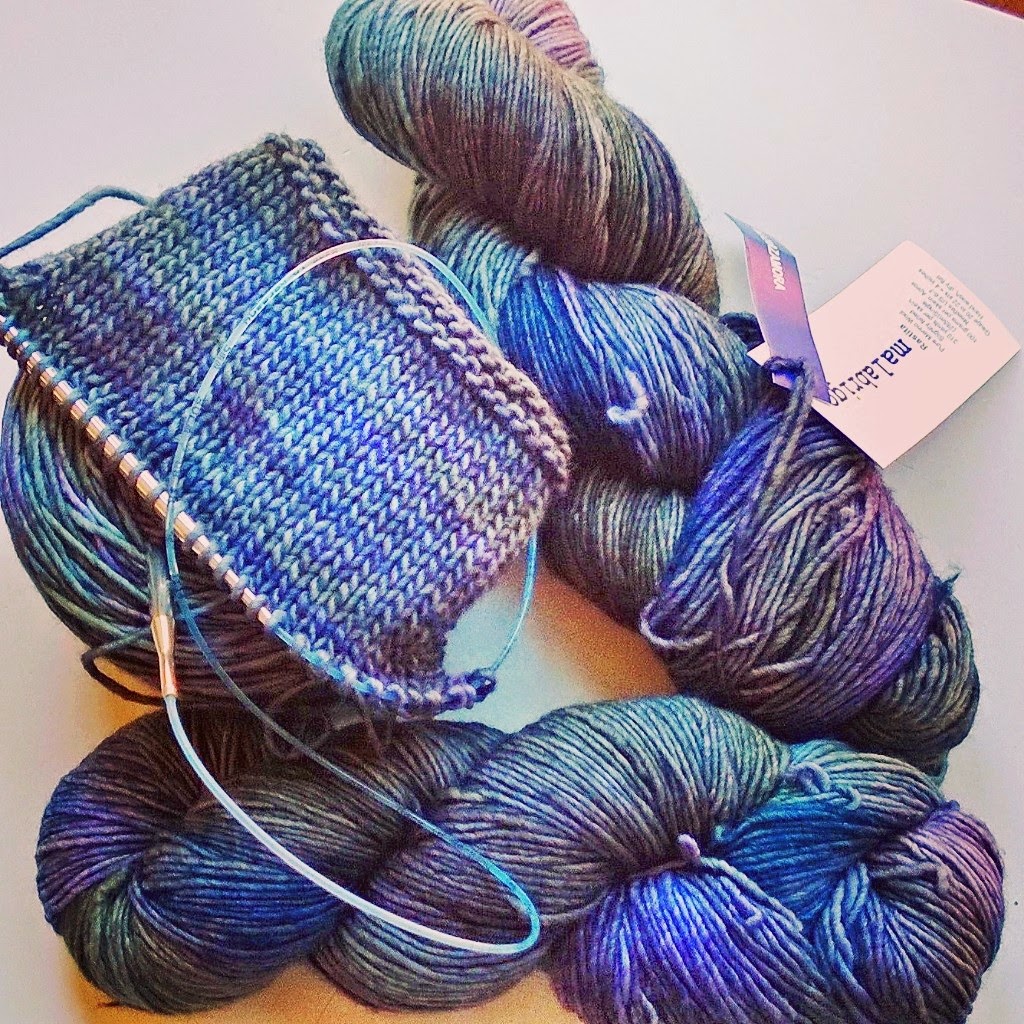 Rastita is between a DK and Worsted weight, so skinnier than what the pattern calls for. I will have to do some math to adjust for gauge, as I'm off about 25 %. 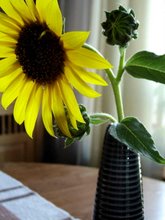